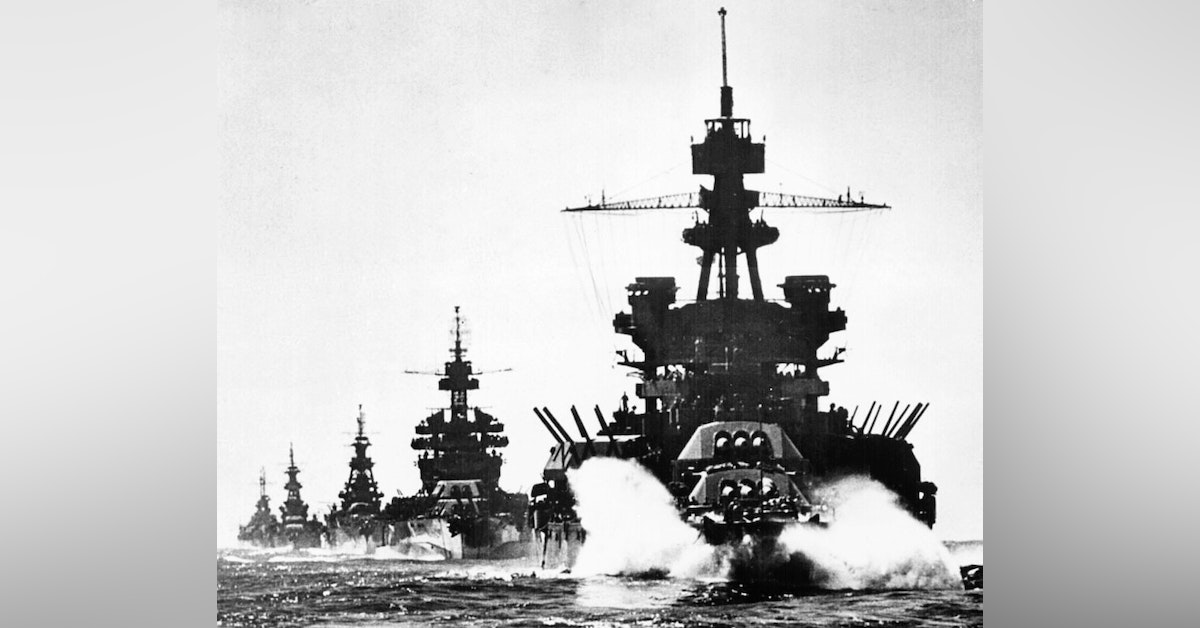 World War II in the Pacific is coming to a close... American military top brass meets with the President to pick the island from which to launch the final attack on Japan. Taiwan -- in particular, southern Taiwan -- is a strong candidate. Hear some interesting war stories and...oh, the tale of the "Holy Bamboo" of Pingtung.

Cover image: The U.S. battleships Pennsylvania and Colorado lead three heavy cruisers into the Lingayen Gulf for the pre-assault bombardment of Japanese shore positions as American forces begin retaking the Philippine island of Luzon in 1945.