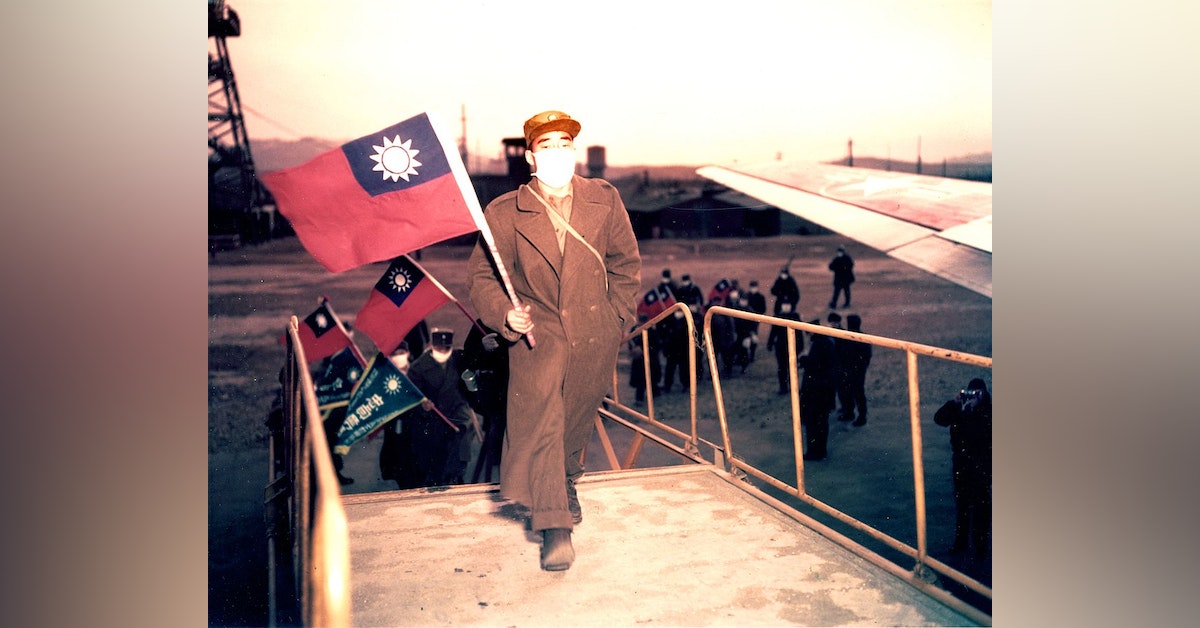 The Korean War would almost certainly have ended much earlier but for the tricky question of what to do with Chinese POWs. The 21,000 Red Chinese soldiers captured were finally given a choice: go home to China...or go to "Free China" on Taiwan, the ROC. The choices made by these captives were not, however, free from influence. Every side in the conflict had an angle that would benefit themselves, and each tried to steer the POWs to making the "right choice." Some of this "steering" involved drastic measures such as forcibly tattooing political slogans -- or, worse, cutting such tattoos off. Here's the somewhat forgotten tale of why Taiwan once annually celebrated "123 Freedom Day."

Cover: "Operation Comeback" -- POWs from "The Chinese People's Volunteer Army" who were captured during the Korean War board an airplane for Taiwan on January 26, 1954. The POWs were given a choice to return to China or renounce communism and be sent to the ROC (Taiwan) The ex-POWs shown in the photo are being airlifted -- unlike the majority that went by ship. Pic via National Air and Space Museum/Wikimedia Commons

Below: Book recommendation: The Hijacked War by David Cheng Chang (2020) 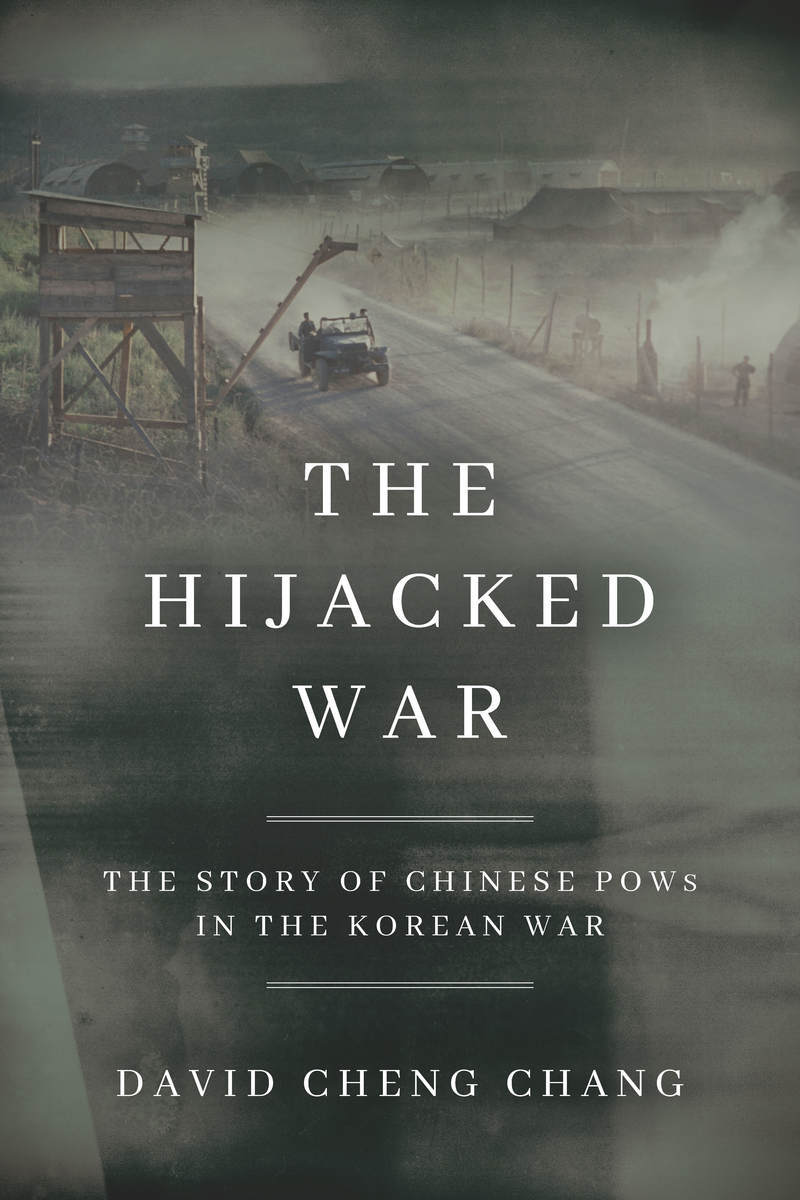 Below: Ex-Chinese POW soldiers begin their voyage to Taiwan, after choosing to go to the ROC. Some of these choices were not as freely made as others. 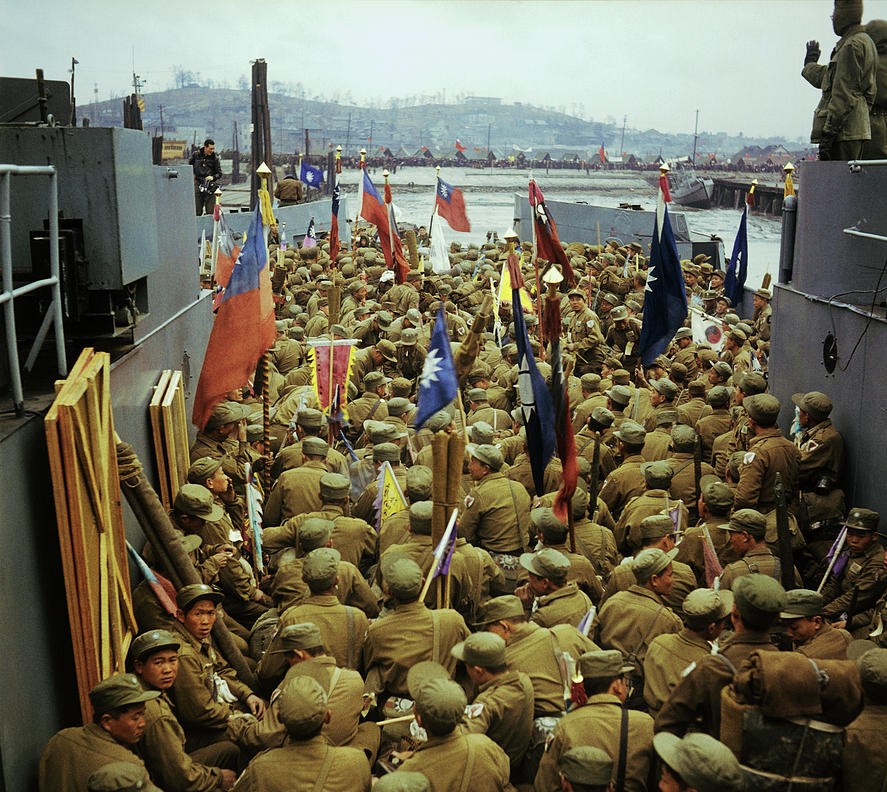 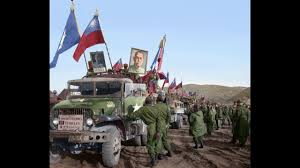 3. Chinese POWs prepare to be sent to Taiwan - Wikimedia Commons 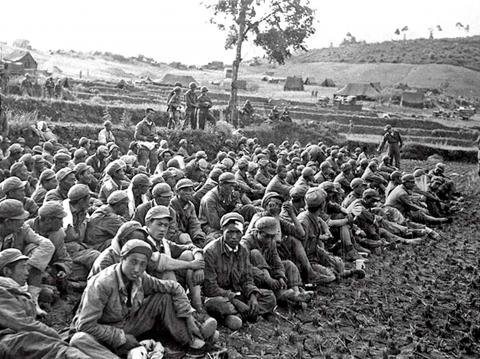 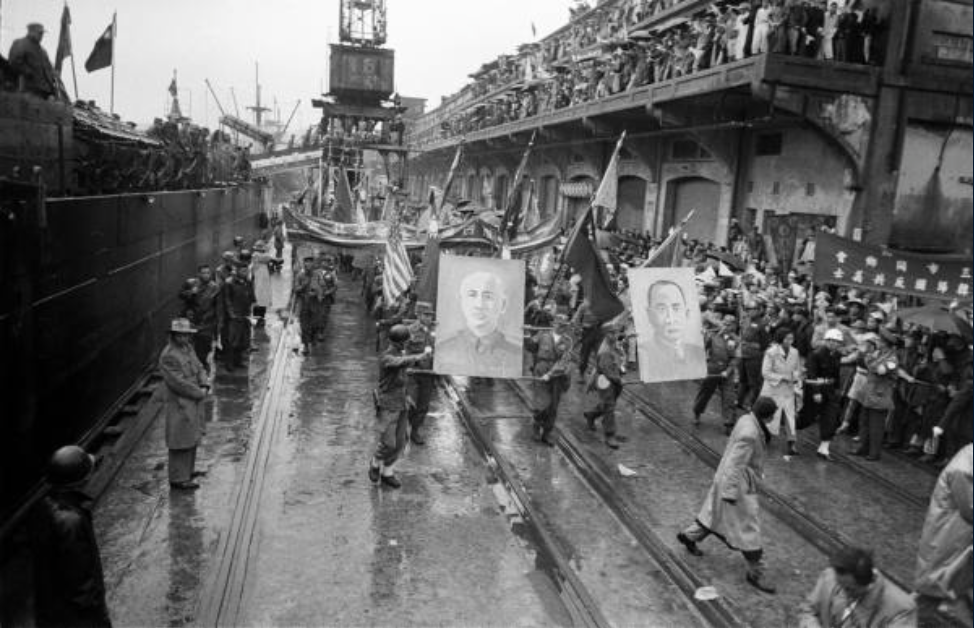 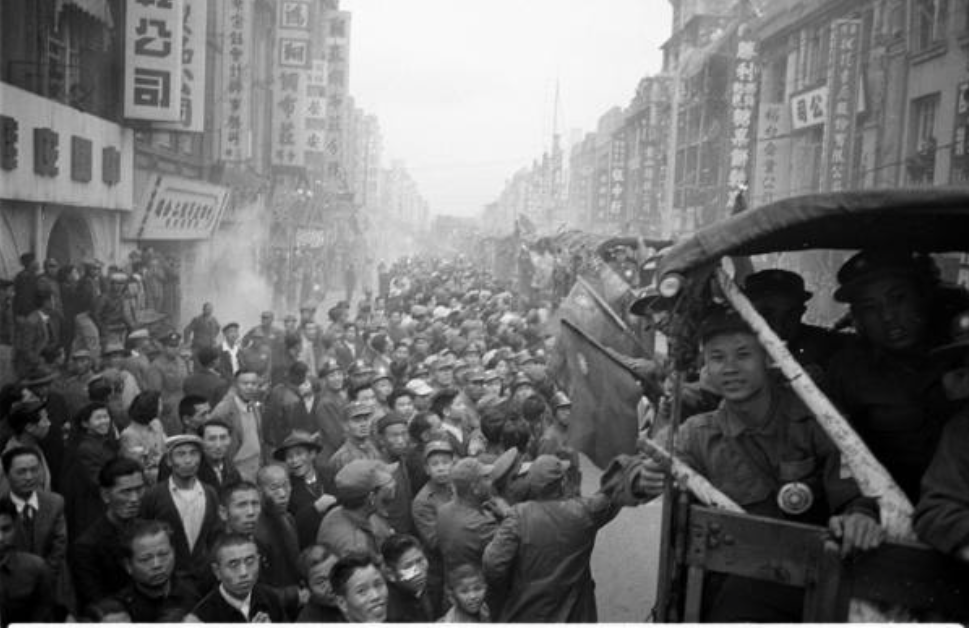 6. An example of the pro-ROC tattoos mentioned in this episode - Via The Taiwan Gazette

NOTE: THE TAIWAN GAZETTE  is an excellent resource for info on Taiwanese history. 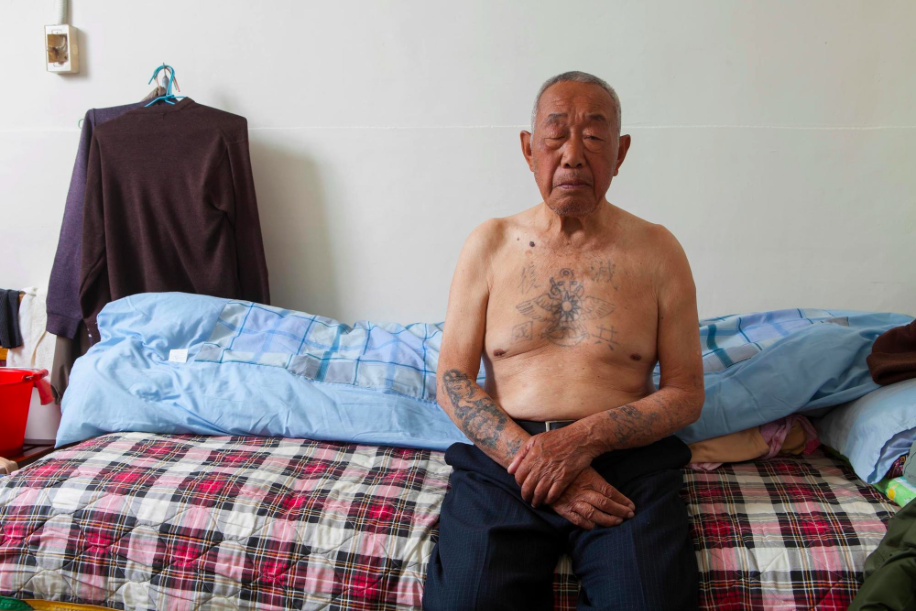 7. American POWs in North Korea protest the war and demand US troops leave Taiwan -- how willingly they are participating in the protest is unknown. Via Carl Zha / Twitter 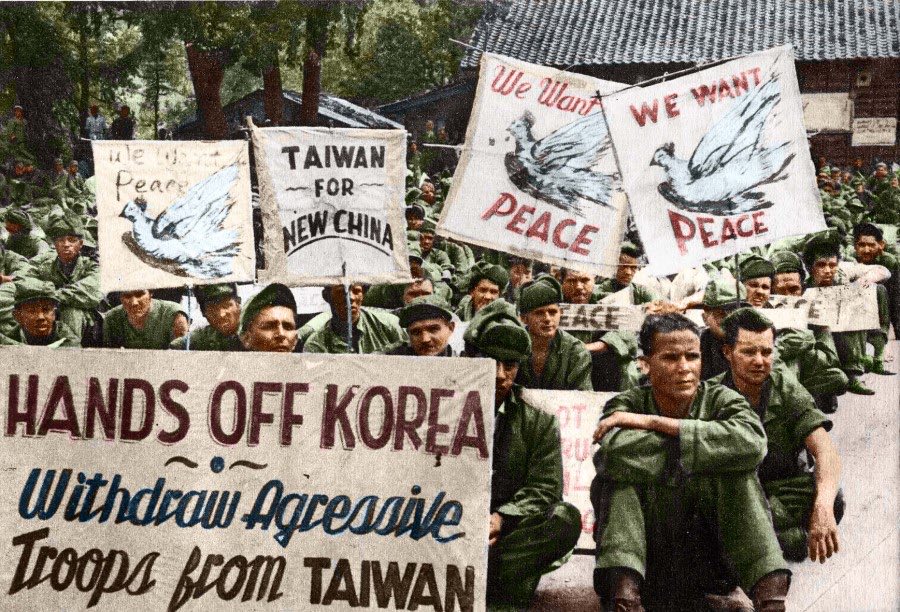 9. Only a handful of US troops chose to stay in North Korea. Click HERE for more. 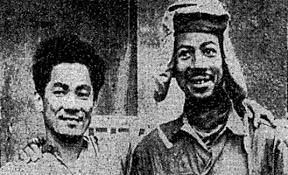 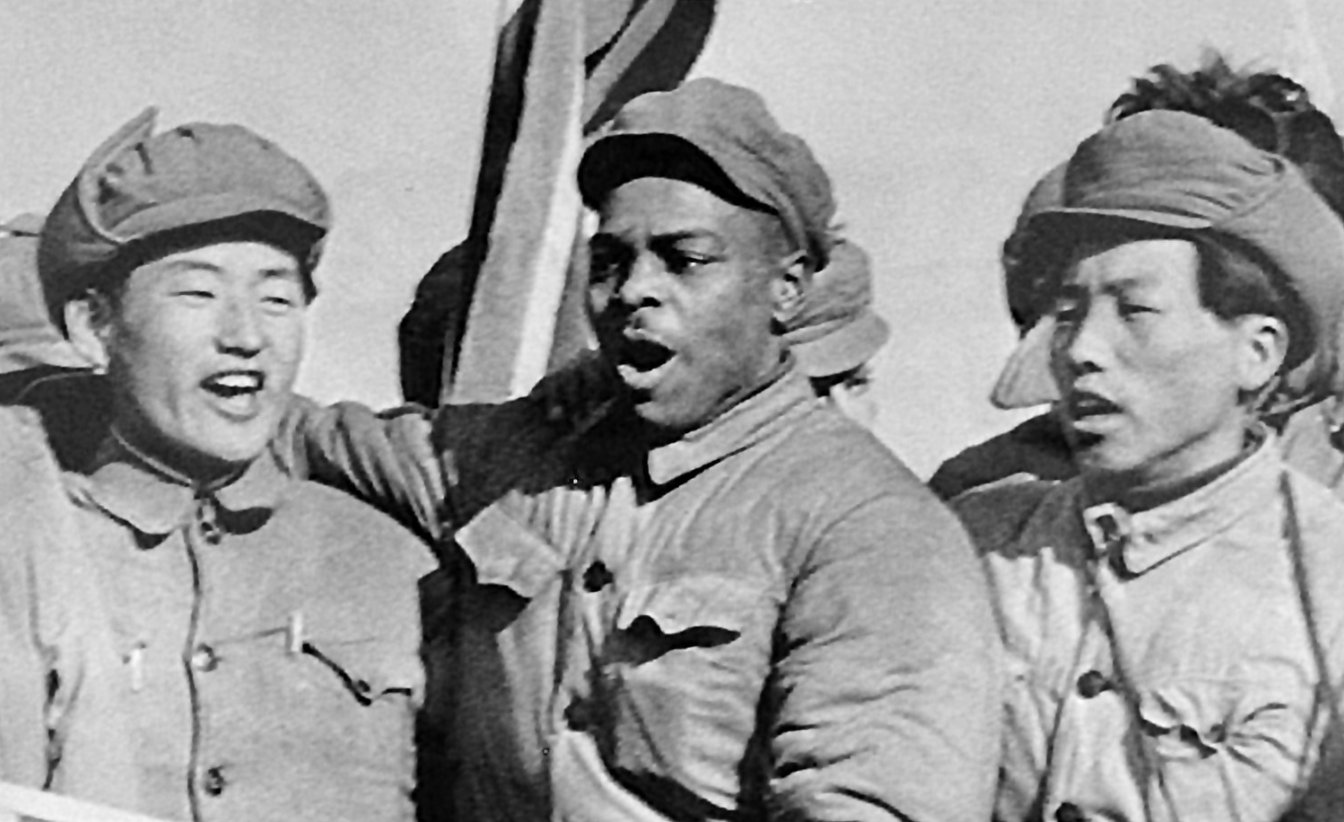