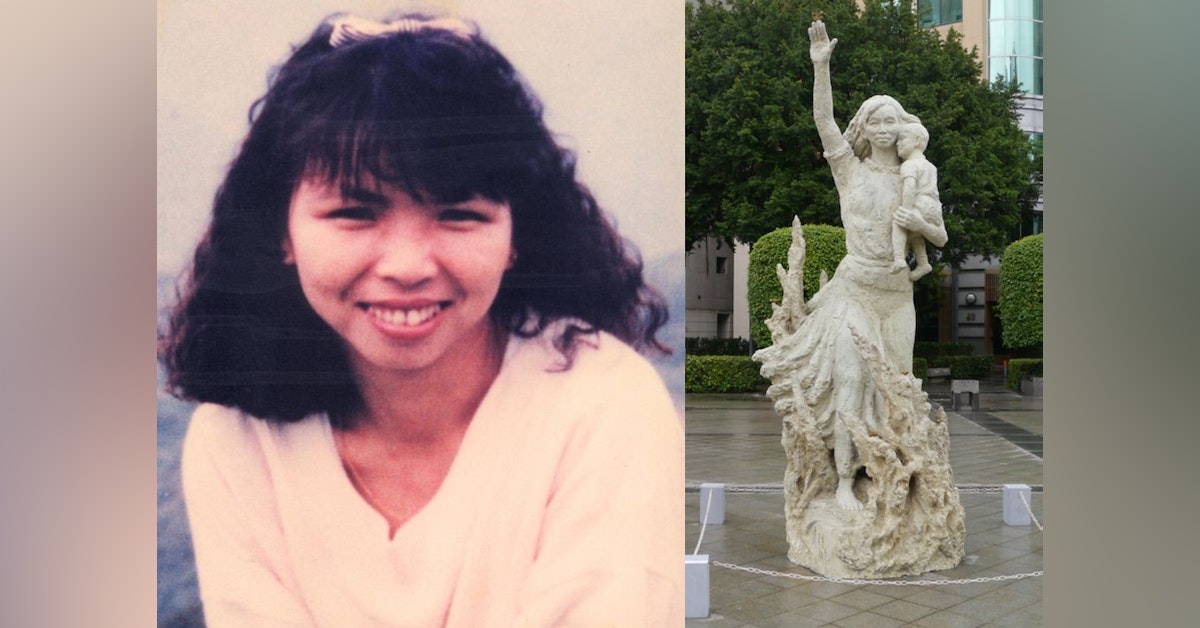 Preschool teacher Lin ran back into a burning bus six times, saving as many kids as she could, before succumbing to the flames on her seventh rescue attempt. Lin's body was found with her arms around four children...four of 20 preschoolers who sadly died that day in 1992 -- along with Teacher Lin and two other adults. In 1999 Lin became the first "civilian martyr" inducted into the Taipei Martyr's Shrine. Hear her story, as well as more info and history on martyrs and martyrs' shrines in Taiwan. Visit our website for pictures and info on the people and places discussed in this episode - www.formosafiles.com

Click here for the TAIWAN IN TIME article by Han Cheung that we drew from heavily for this episode.

Below: Statues dedicated to the memory of Lin Ching-chuan (林靖娟) 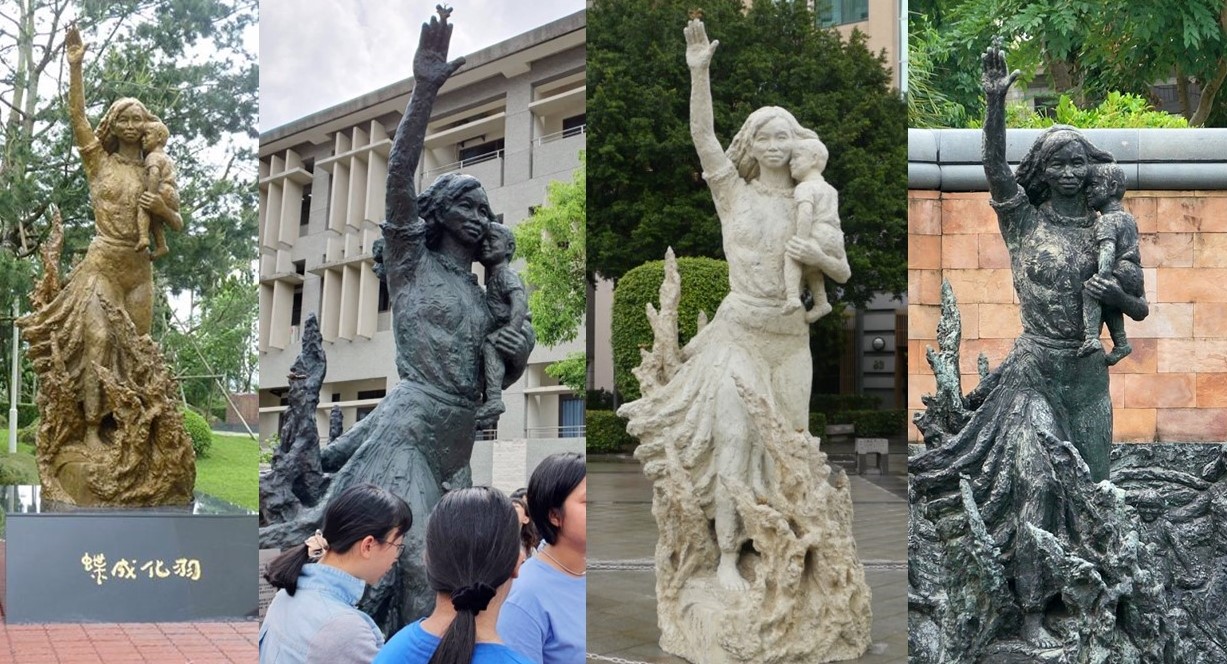 Below: Newspaper images of some of the 20 preschoolers who died in a tragic bus fire in 1992, and an image of the charred bus. Via www.chinatimes.com and www.twgreatdaily.com 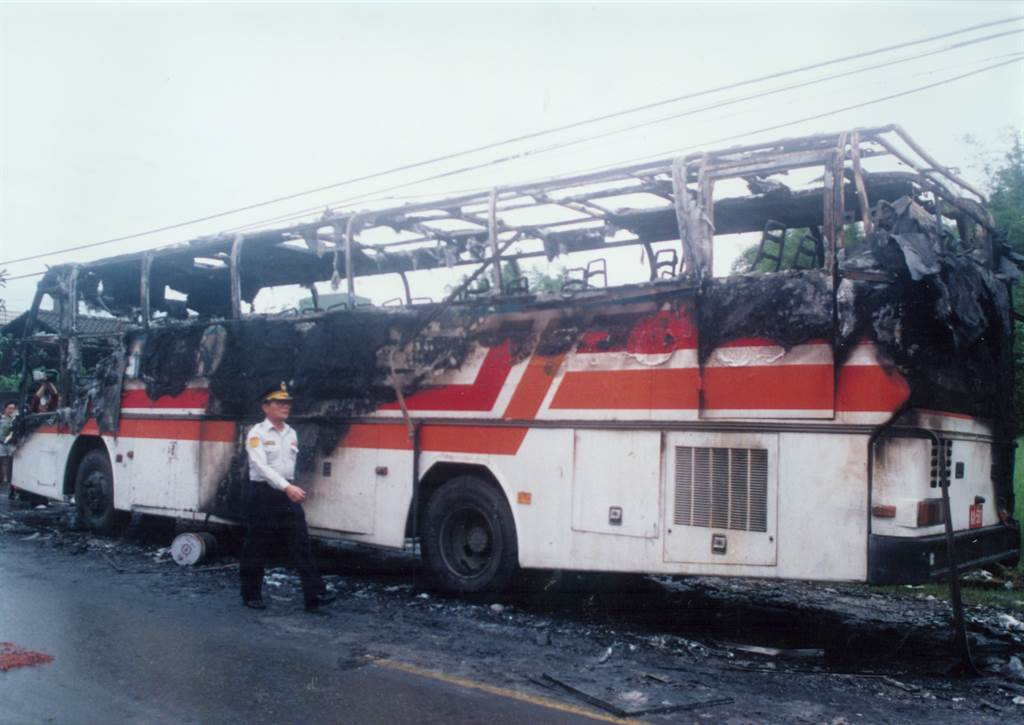 For a detailed look at pictures of Martyr's Shrines in Taiwan, visit the excellent blog by Josh Ellis -- HERE.

Below: Leaders of the short-lived and unrecognized Republic of Formosa.

Left: General Liu Yongfu 劉永福 (the only one to stay until the very end).

Center:  Chiu Feng-Chia 丘逢甲, the Vice-President of the Republic of Formosa and commander of the militia forces. Chiu would later take part in the 1911 Xinhai Revolution which overthrew the Qing Dynasty, and was a delegate who helped elect Dr. Sun Yat-sen as the Republic of China's first president.

Right: Tang Jingsong 唐景崧, the President of the Republic of Formosa (and the first to flee to China after the arrival of the Japanese in the early summer of 1895) 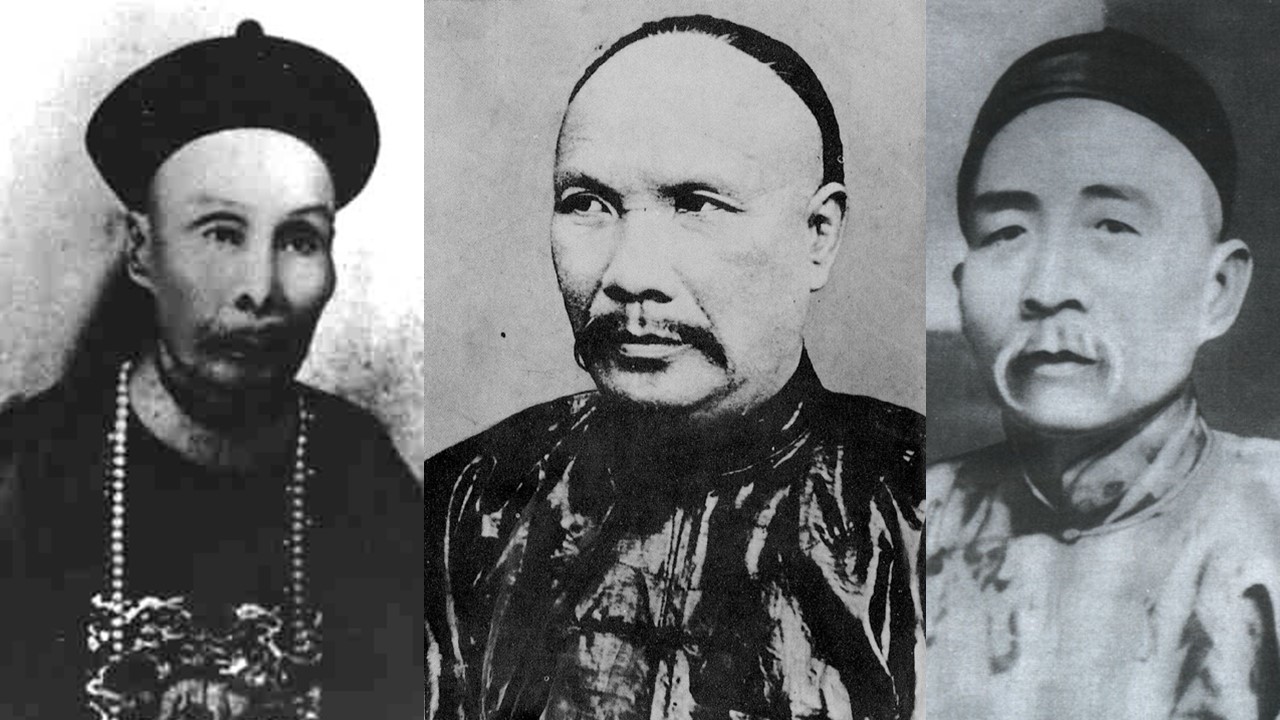 Below: Mona Rudao 莫那·魯道 (center) - the famous indigenous Taiwanese fighter who orchestrated the 1930 Wushe incident, an uprising against the Japanese colonial authorities in what is now Nantou County. Rudao killed himself to prevent the Japanese from capturing him alive. (Images and content via Wikimedia Commons) 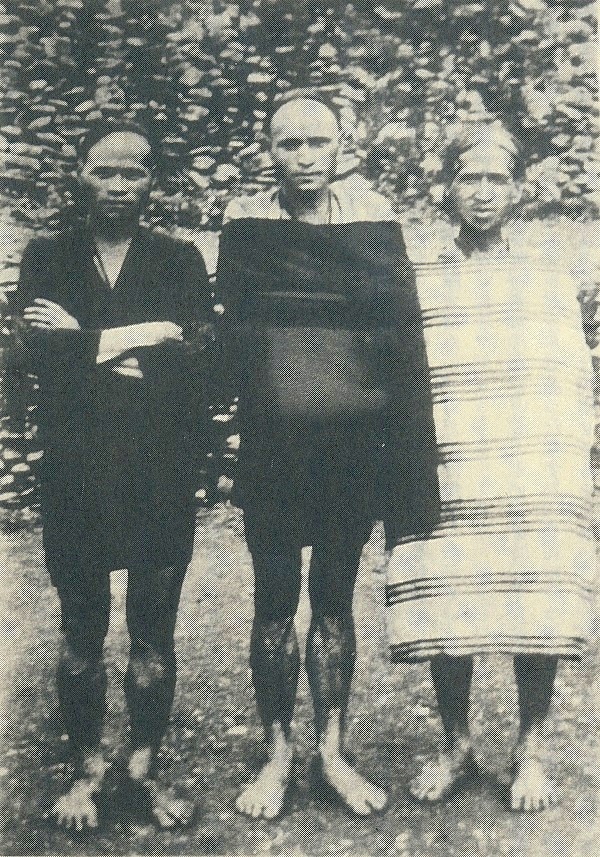