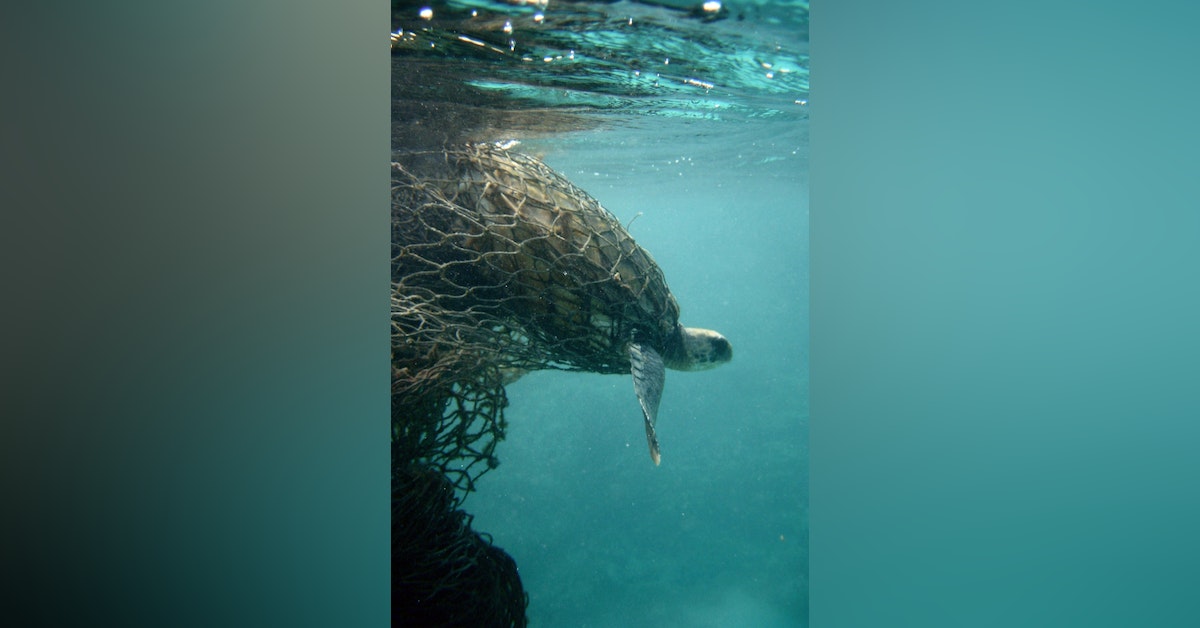 In the 1980s, Japan's, South Korea's, and Taiwan’s massive fishing fleets gained notoriety for their destructive driftnet fishing. The use of giant driftnets, sometimes tens of kilometers long, threatened to turn the oceans into deserts. In 1989 the United States launched a high-seas sting operation, which culminated in a US coastguard cutter chasing a Taiwanese fishing boat carrying illegally-caught salmon for 2,700 miles across the Pacific. This operation would help bring an end to these “walls of death.”

Cover image: A sea turtle is snared in a fishing net (via Wikimedia Commons)