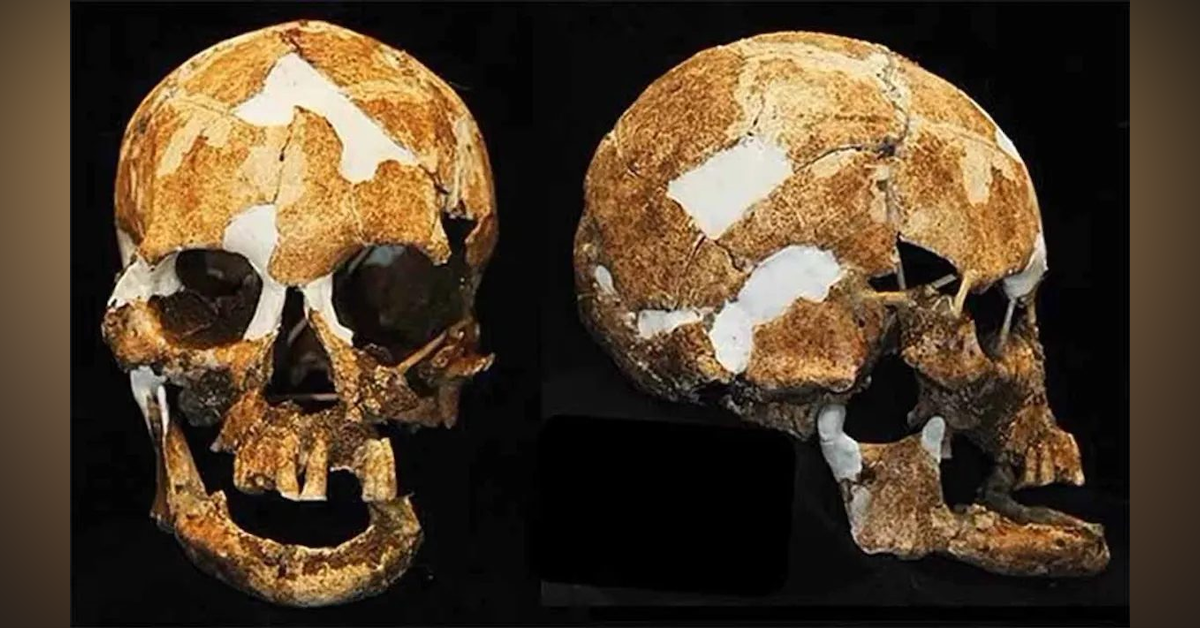 The Saisiyat Indigenous people in Hsinchu and Miaoli counties have a famous story about magical “little people” or “dwarfs” called the Koko’ ta’ay. The legend goes that tensions between the tribe and the “dwarfs” led to an incident that killed off the little people, and which called down a curse on the Saisiyat. While most dismissed these stories as a myth, new research seems to indicate that that there were, in fact, “Negrito” people, such as can still be found in small bands in the Philippines and elsewhere, on Taiwan at least 5000 years ago - which could see the history books rewritten and the Koko’ ta’ay folklore recognized as being based on real experience!

Cover photo shows skull found in Taiwan that is believed to be (with a high degree of certainty) from a “Negrito” person -- such as can still be found in small bands in the Philippines and elsewhere. (Pic courtesy of Prof Hsiao‑chun Hung)

Click HERE for news story on the discovery of the skull.

All photos below courtesy of Tobie Openshaw

1. The hip bells (tabaa'sang) give the rhythm for the chant and dance, while the little people are carried on a "shoulder flag" (Kirakil). (PaSta'ay 2016) 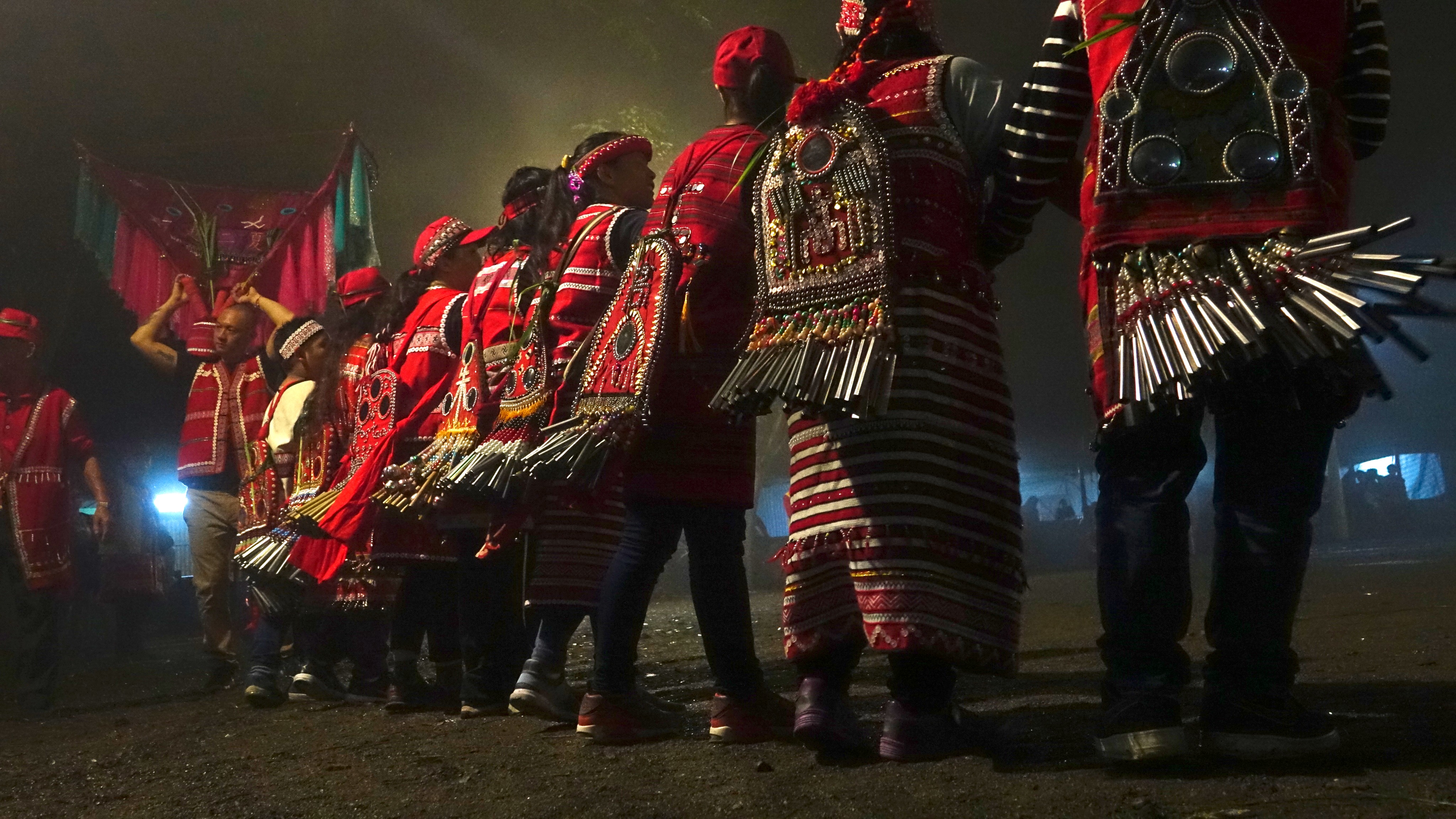 2. Left: Tobie Openshaw before presenting his talk at the University of London. Right: Openshaw shooting the PaSta'ay ritual for the first time, 2012. 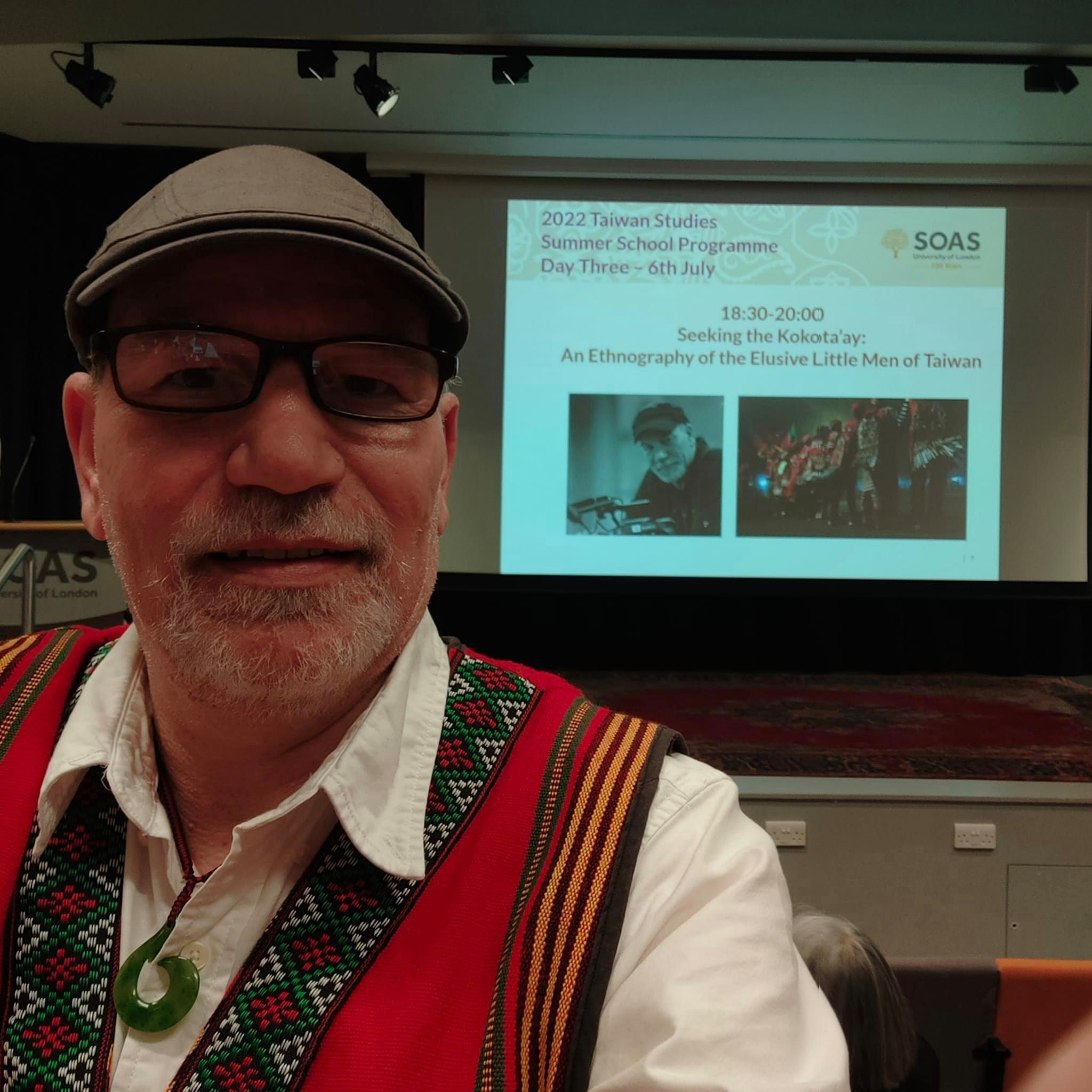 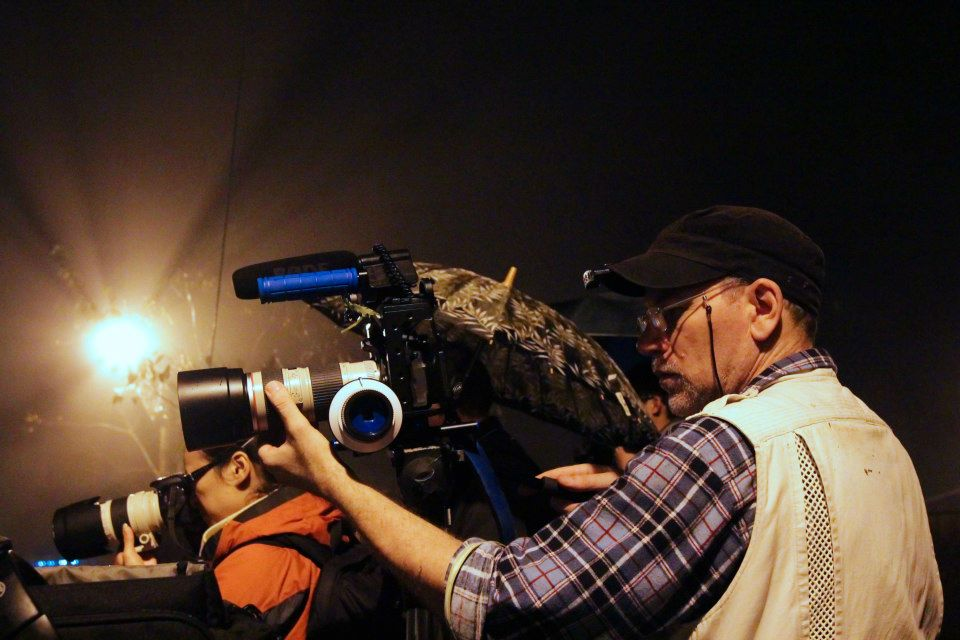