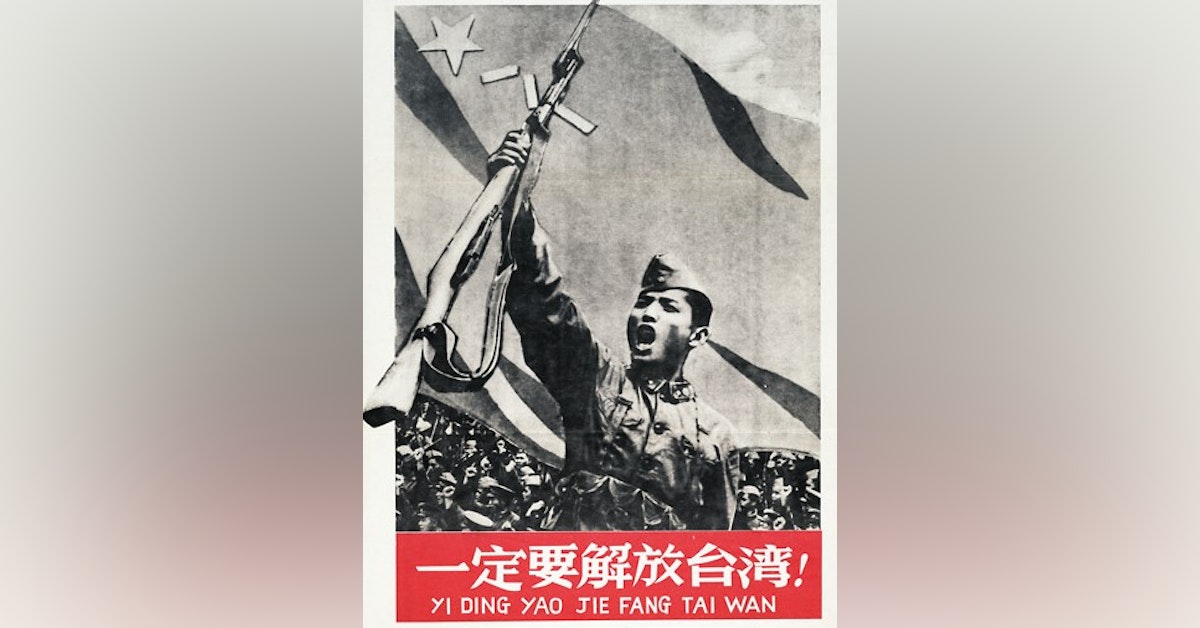 The Korean War is over, and Mao turns again to the mission of invading Taiwan. To do that, his forces will need to first take some tiny islands just off the coast of China... which is easier said than done. Here's the story of the two "Cross-Strait Crises."

Below: Another example of a 1950s propaganda poster. The Chinese reads (rough translation) "Solider Uncles! Quickly go save the poor children of Taiwan!" 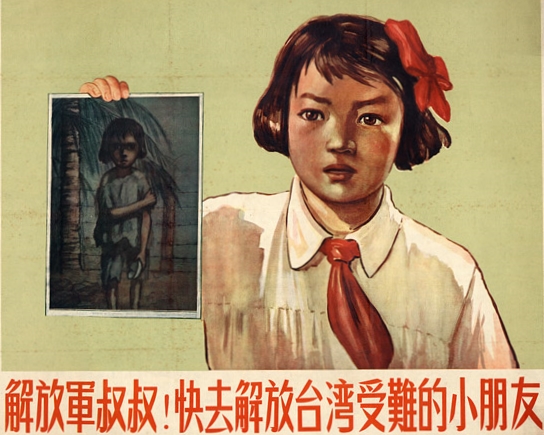 Below: Images of shells fired from China at the islands of Kinmen (Via Wikimedia Commons) 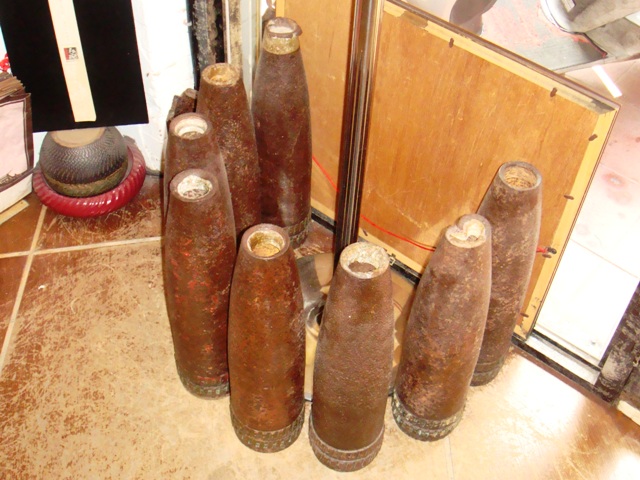