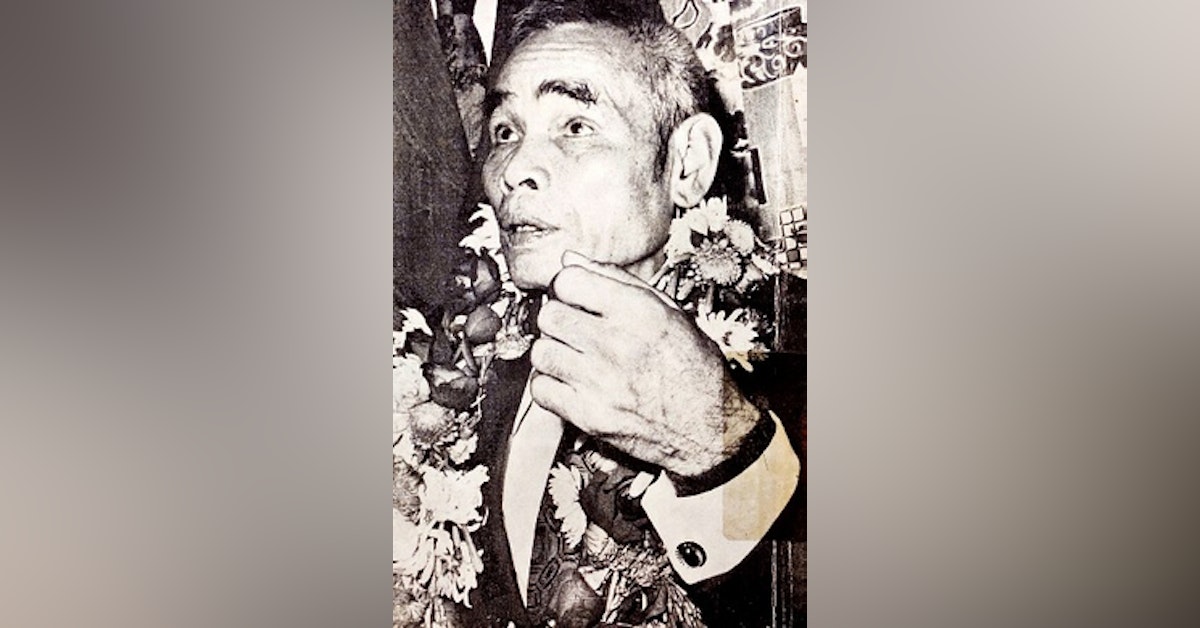 He was the last Pacific WWII holdout and a native Taiwanese from the Amis tribe... here's the remarkable story of a Japanese colonial soldier who didn't get home until the mid-1970s!

Below: Attun Palalin, for much of his life known by his Japanese name Nakamura Teruo (中村 輝夫), returns home to eastern Taiwan circa late 1974/early 1975. Upon returning to Taiwan he was informed he had been given the Chinese name Lee Kuang-hui (李光輝). The last "holdout" of WWII, this Amis native Taiwanese was one of a group of native Taiwanese volunteers -- 4th Takasago Volunteer Unit 高砂義勇隊 -- who served with distinction in the Japanese military. He was found on Moratai Island, Indonesia, and arrested by Indonesian soldiers on December 18th, 1974.  Attun Palalin's return to Taiwan, now controlled by the Republic of China (nationalist) authorities, was not an easy transition. He died in Taiwan of lung cancer on June 15th, 1979.