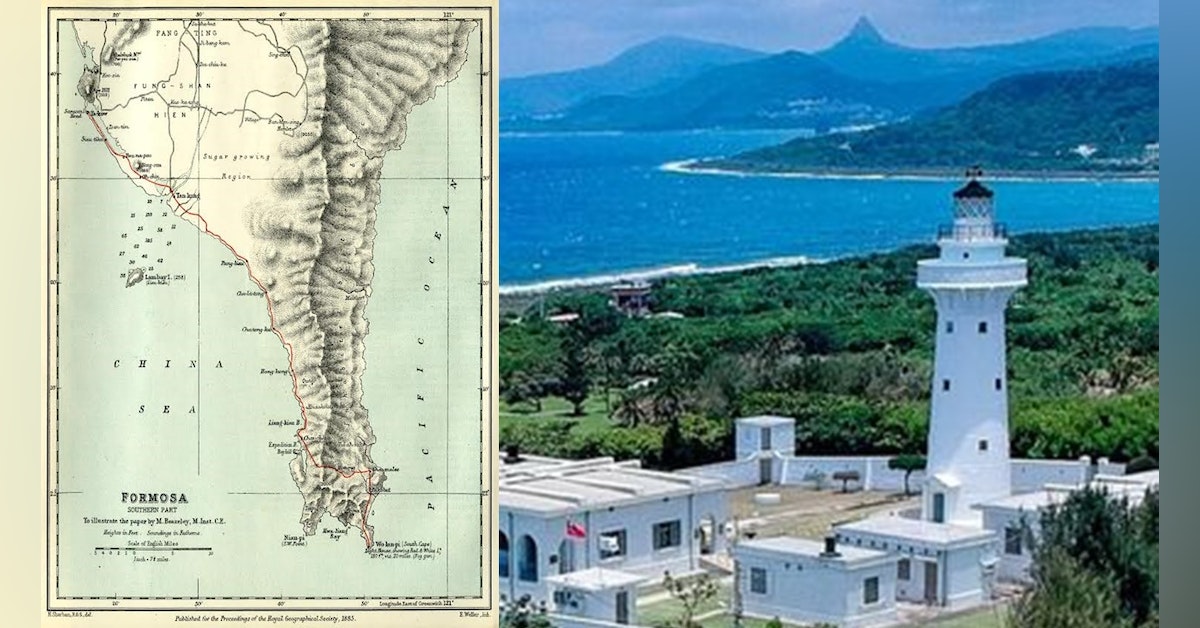 The southern peninsula of Taiwan was a "ship graveyard" for a very long time as unseen rocks and reefs gashed holes in the sides of vessels and left them stranded, or on the seafloor. The Western powers and Qing authorities both agreed that a lighthouse at the far southern end of Taiwan would be a good idea, and so it fell upon English engineer Michael Beazeley and fellow employees of the Chinese Imperial Maritime Customs Service to set off from Takao (Kaohsiung) overland into "savage" territory to find and buy a piece of land for a lighthouse. Here's the illuminating origin story of the famous Eluanbi Lighthouse at Kenting.

Cover images: A map drawn in 1885 to illustrate the route Michael Beazeley and team travelled down the southern peninsula of Taiwan and, right: the Eluanbi Lighthouse at Kenting (via Foreigners in Taiwan).

NOTE: The current Eluanbi Lighthouse was built after WW2 – it’s not the 1883 one discussed in this episode, although the original was impressive too! Wiki: "The lighthouse was rebuilt by the Republic of China in 1947. It was refurbished with a powerful Fresnel lens in 1962. The surrounding Eluanbi Park opened to the public on 25 December 1982, and the lighthouse itself welcomed regular visitors ten years later." 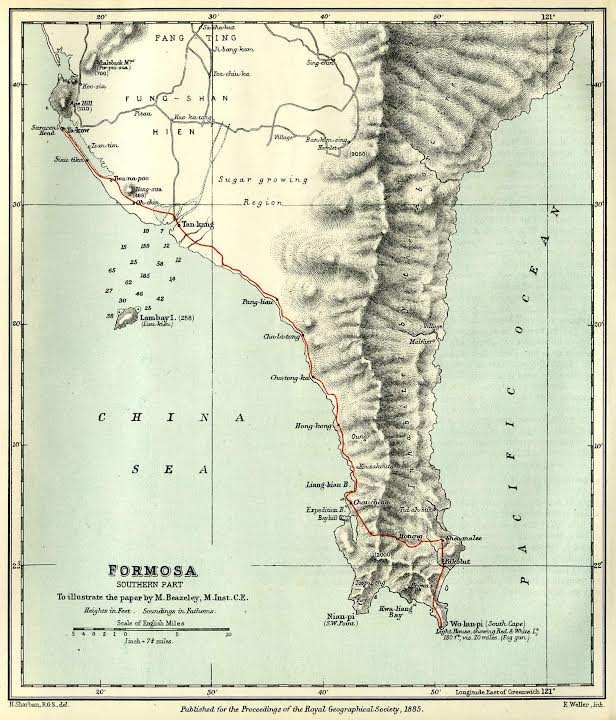 Below: The gorgeous "lawn" around the Eluanbi Lighthouse. (All photos below via Wikimedia Commons) 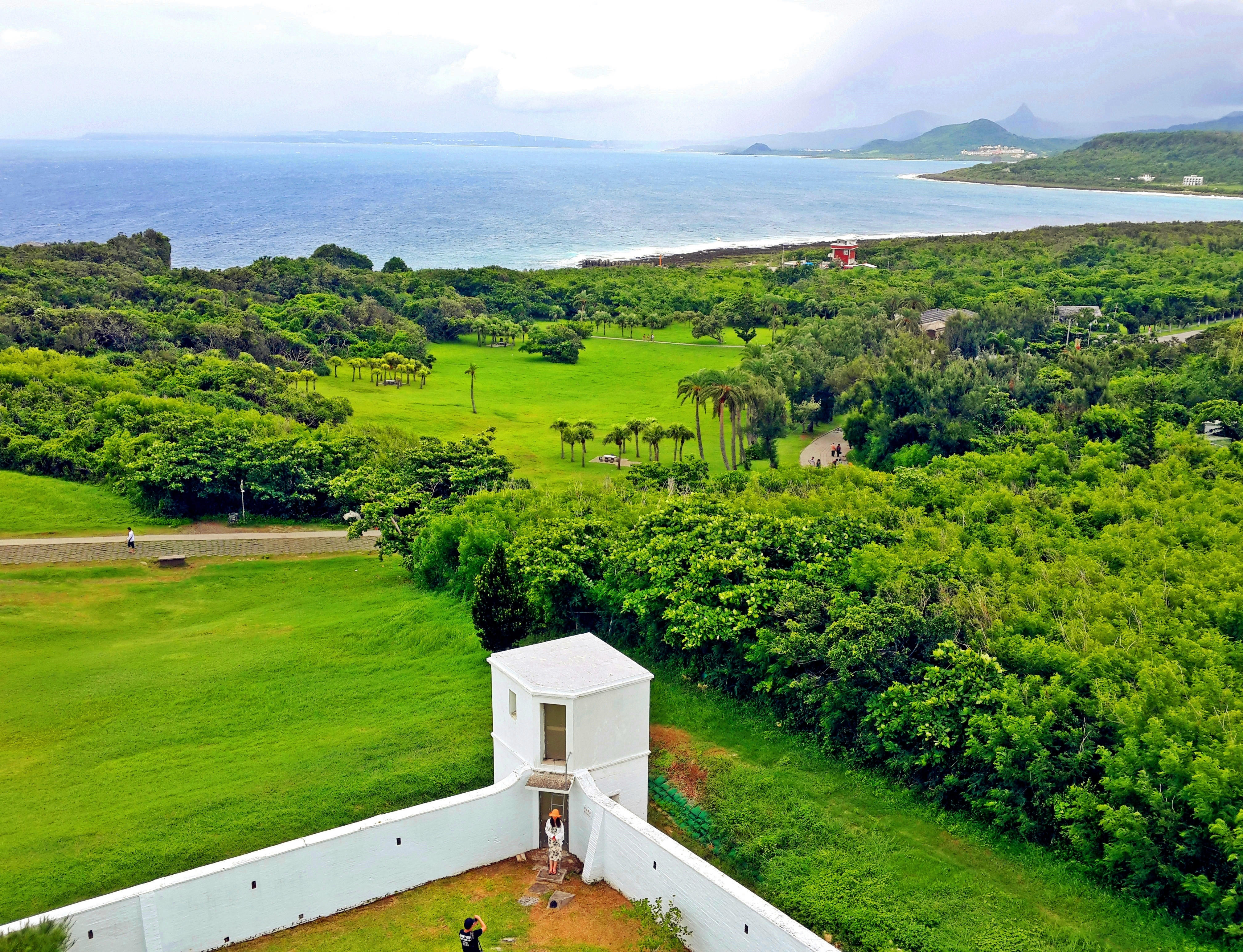 Below: A 1935 image of the lighthouse during the Japan colonial period. 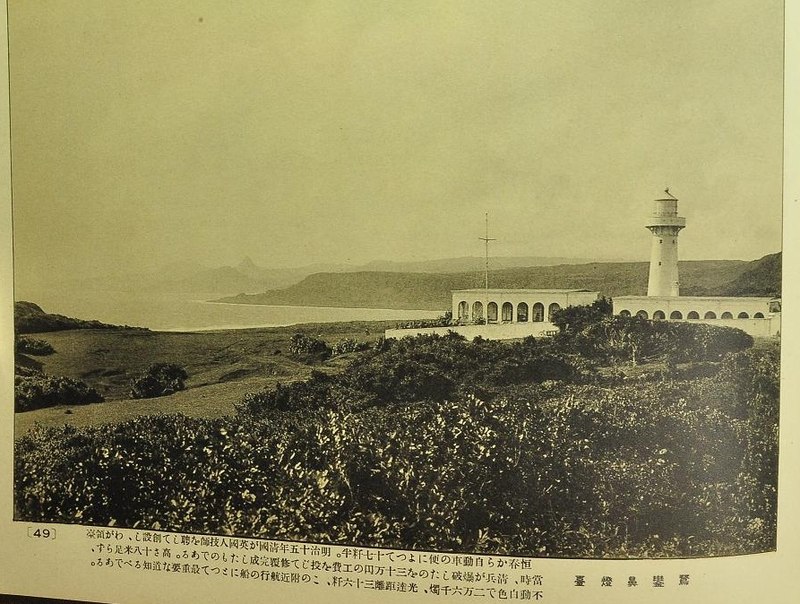 Below: A Japanese stamp commemorating the Eluanbi Lighthouse. 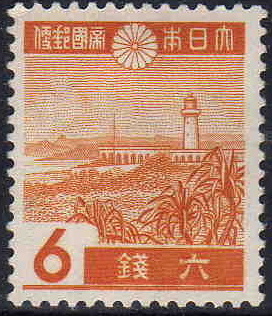 Below: An illustration showing all lighthouses currently in Taiwan (ROC) territory. (Via Maritime & Port Bureau, MOTC / Taiwan Everything)