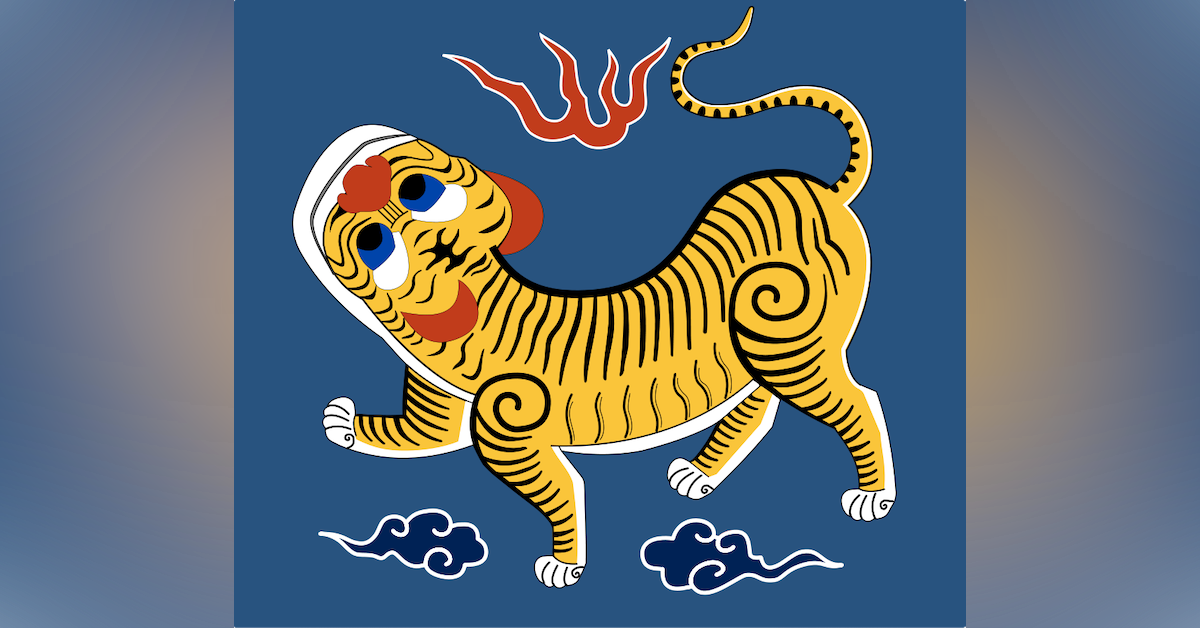 War in northern Vietnam spills over into Taiwan, with French troops occupying several ports. This wake-up call for the Qing prompts an upgrading of their neglected frontier prefecture; Taiwan becomes a province, and the authorities finally start to develop and strengthen the island. It's too little too late, however, and Peking's weak commitment to Taiwan is shown in 1895, when it cedes Taiwan and the Pescadores "in perpetuity" to Japan. After 212 years, Qing rule over Taiwan comes to an end. But before Japanese colonial rule begins, there will be a short-lived Republic of Formosa.

Cover Image: The Republic of Formosa flag (1895-1895). After being ceded to Japan, a group of Formosans declared independence, but it was not recognized by any other nation and Japan soon took control of the island and would rule it as a colony for 50 years -- from 1895-1945 (Image origin unknown)

Below: The two photos below were taken by Taiwan history lover Gary Heath in 2022 who wrote on Facebook, "Stumbled across the only remaining monument (of 38 originally!) down a little nook in Keelung dedicated to Prince Kitashirakawa Yoshihisa who, 'During the invasion...caught Malaria and died outside Tainan in November 1895.' 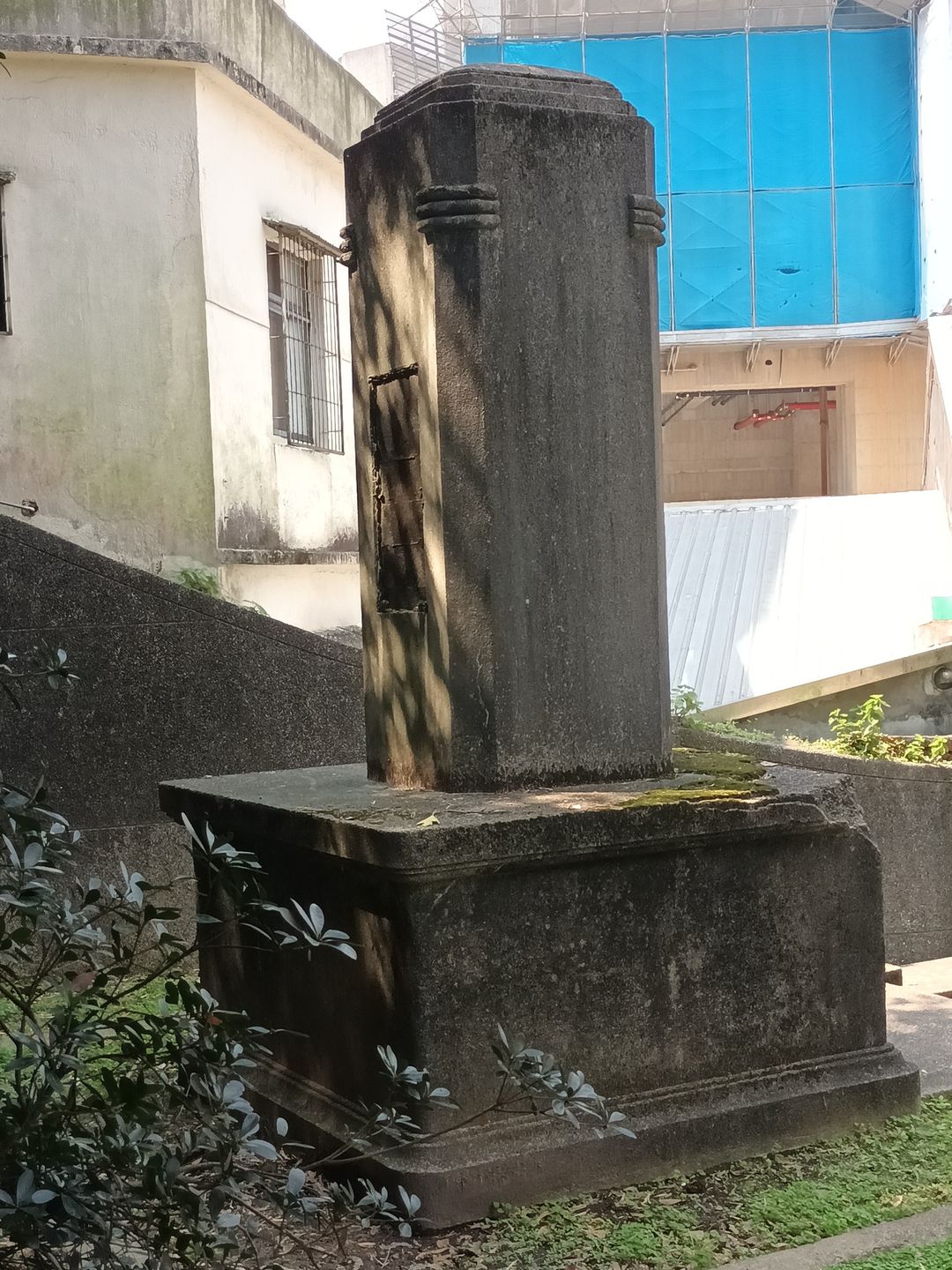 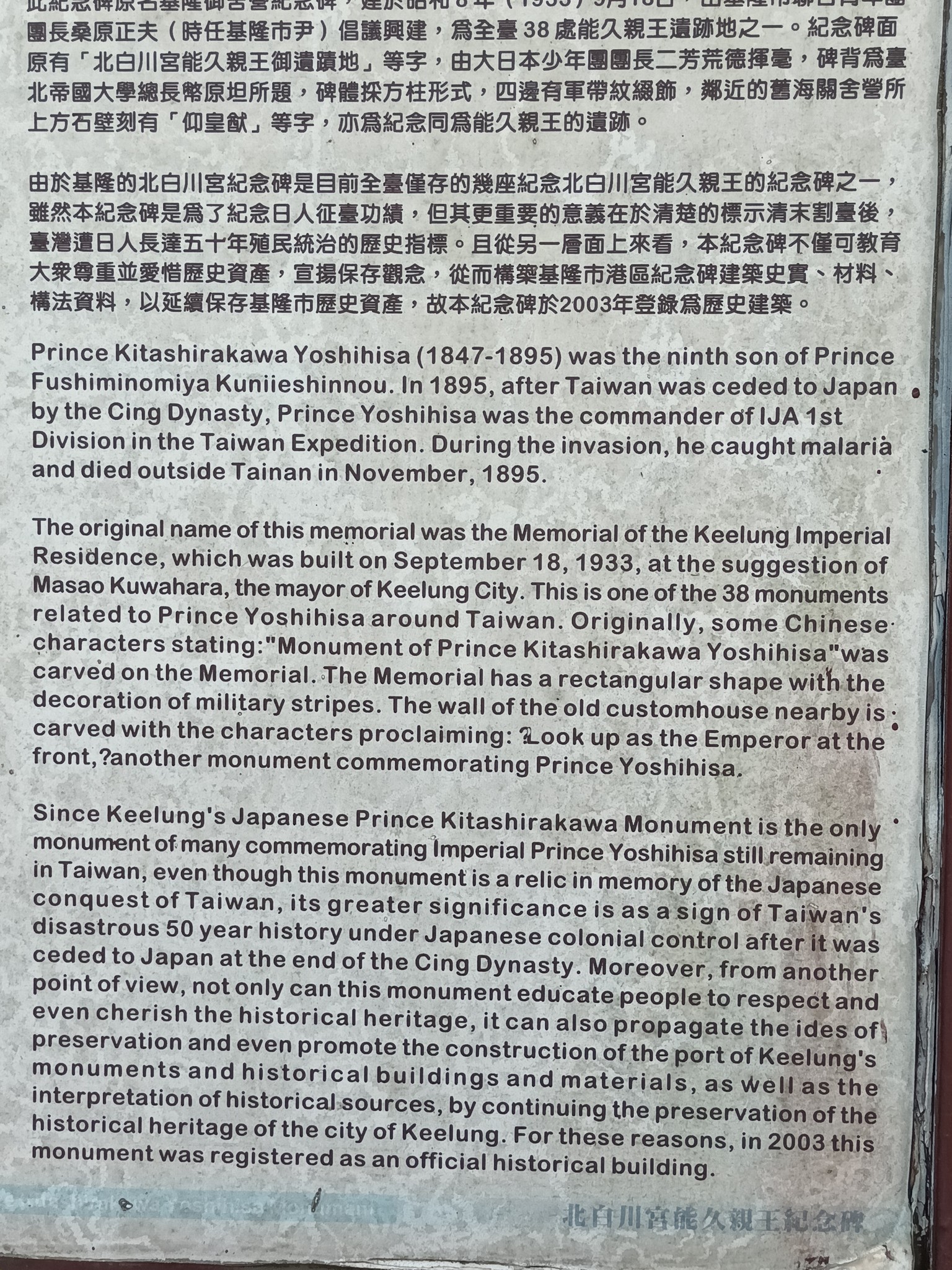 Below: A painting showing the Japanese entering Taipei in 1895, after defeating Qing China. 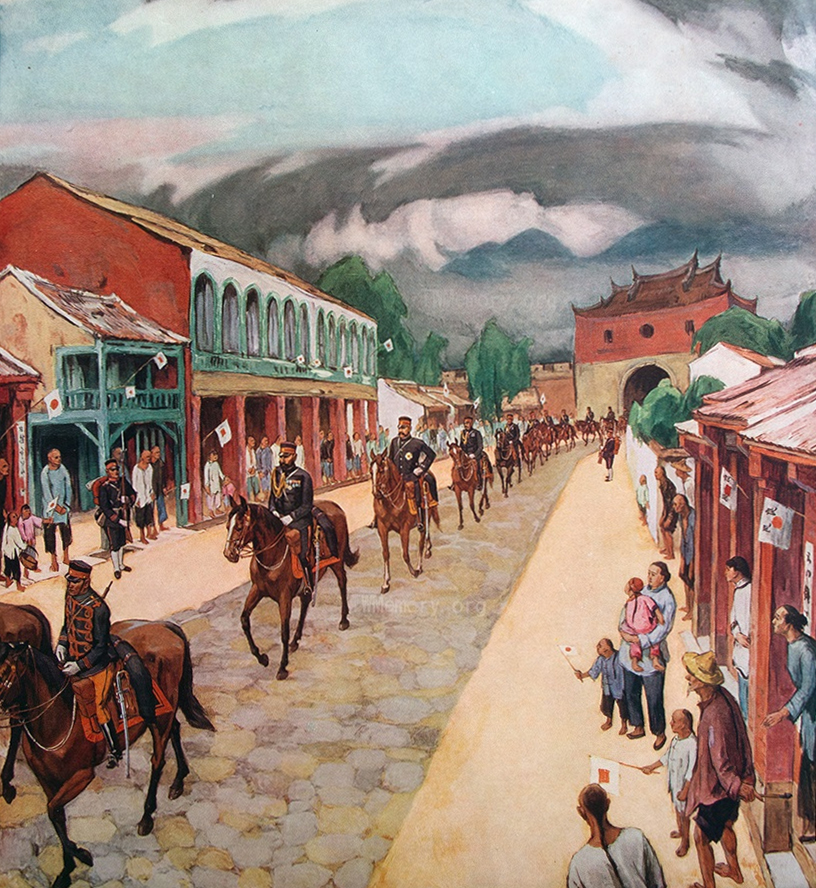