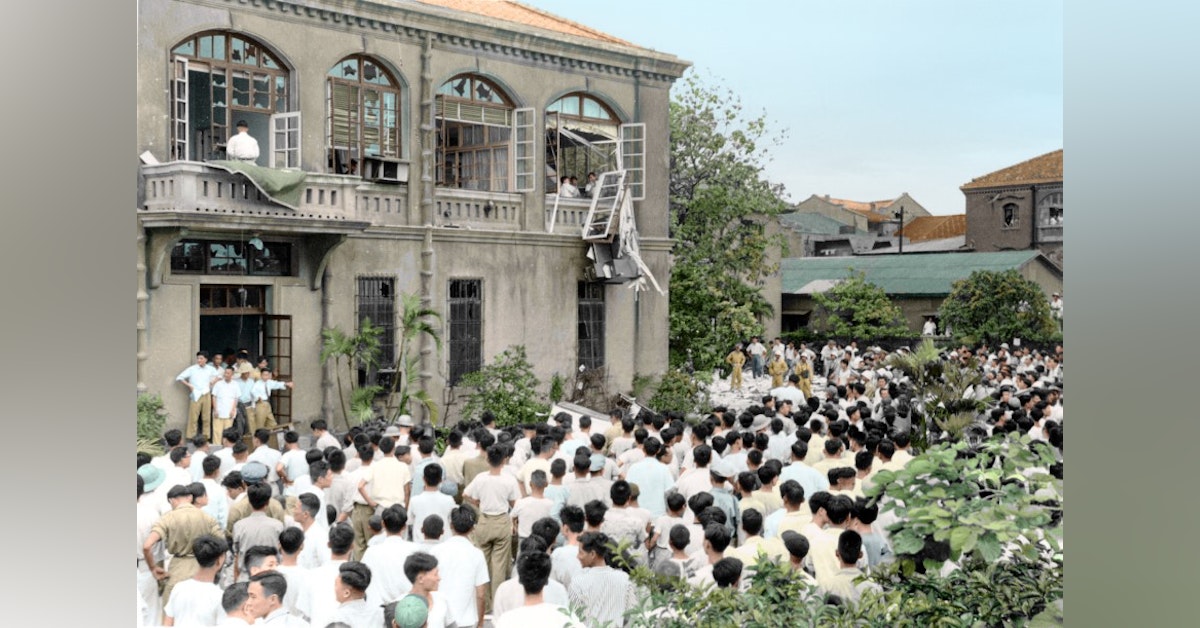 A U.S. officer shoots dead a 'Peeping Tom' allegedly spying on the officer's wife as she took a shower. The subsequent trial and verdict lead to the incredible -- yet little-known -- story of riots that ransacked the US embassy in downtown Taipei... in 1957! --When the ROC and the USA were supposed to be best buddies.

Below: The U.S. carrier USS Lexington (top) with a supply ship and USS Marshall (bottom) off Taiwan during the Second Taiwan Crisis in 1958.