S2-E14 - Taiwan's Shadowy Involvement in the Korean War - Part One 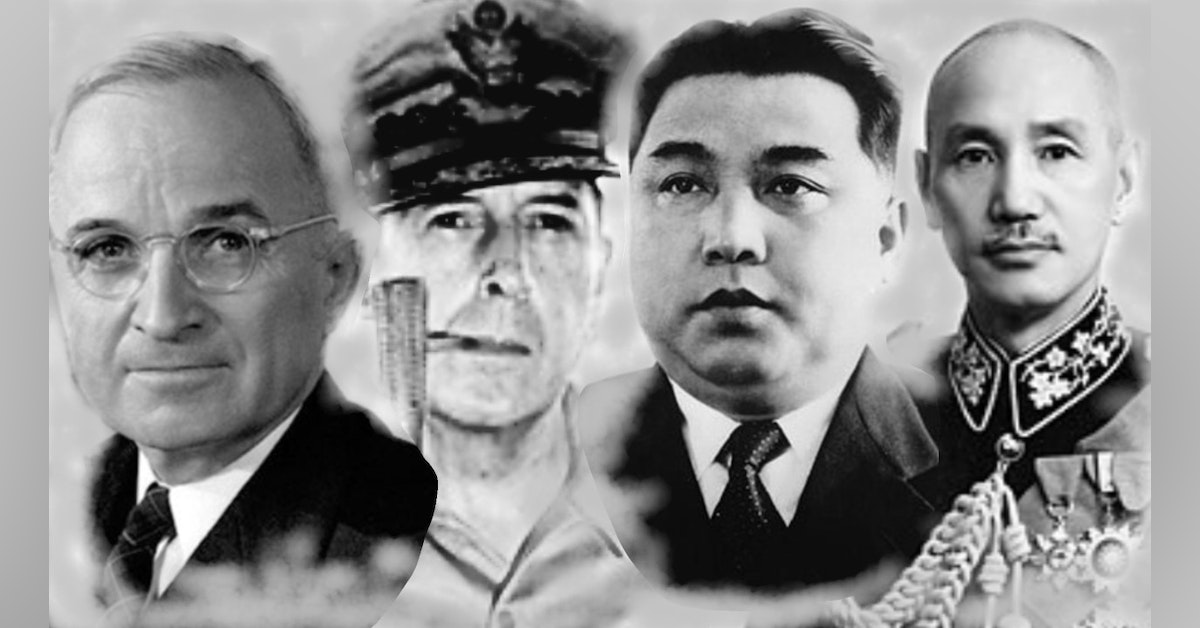 It's 1950 and a war-weary world is at it again. Communist China pours fuel on the conflict in Korea by sending in a quarter of a million soldiers. ROC President Chiang Kai-shek has, from the start, offered to send his Nationalist troops. MacArthur is now, more than ever, determined to use them. But American president Truman continues to say "No!" and he fires MacArthur over the general's resistance to Washington's policy of containing the war. Taiwan, however, would end up playing a central role in the war. Here's just one example: The UN/US forces can't understand Chinese radio intercepts or interrogate Chinese prisoners. Is there somewhere with Mandarin speakers who have translation and interrogation experience? Yep. Taiwan. Listen to part one of this episode now... and make sure to come back for part two, to hear the tale of how Taiwan indirectly helped the Korean War drag on for close to two extra years.

Below: A collage of images from the Korean War (1950-1953) Via Wikimedia Commons 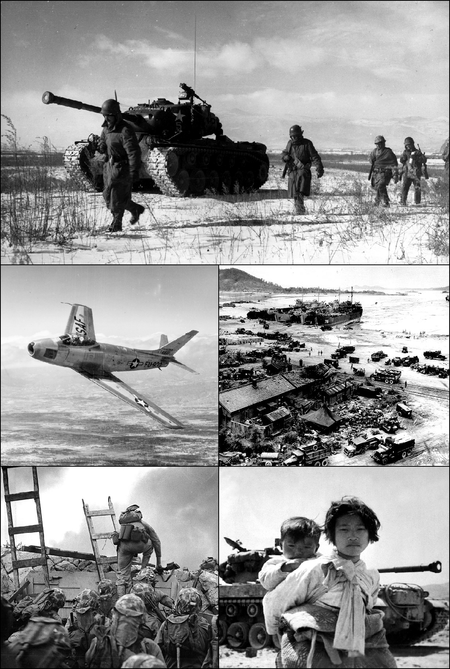 Below: A GIF shows how territory rapidly changed hands at the start of the war, only to settle back at near the 38th parallel. (Via Wikimedia Commons)

Below: The bright lights of modern South Korea shine in contrast to the darkness of North Korea, the so-called "Hermit Kingdom" -- the only communist nation ruled by a dynasty. (Via Wikimedia Commons) 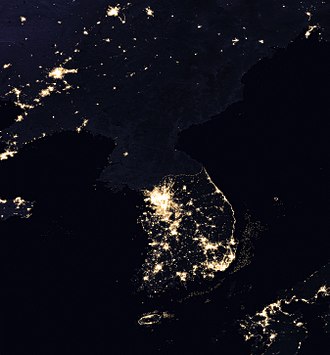