S2-E22 - USS Tang: The Most Successful US Submarine of WWII 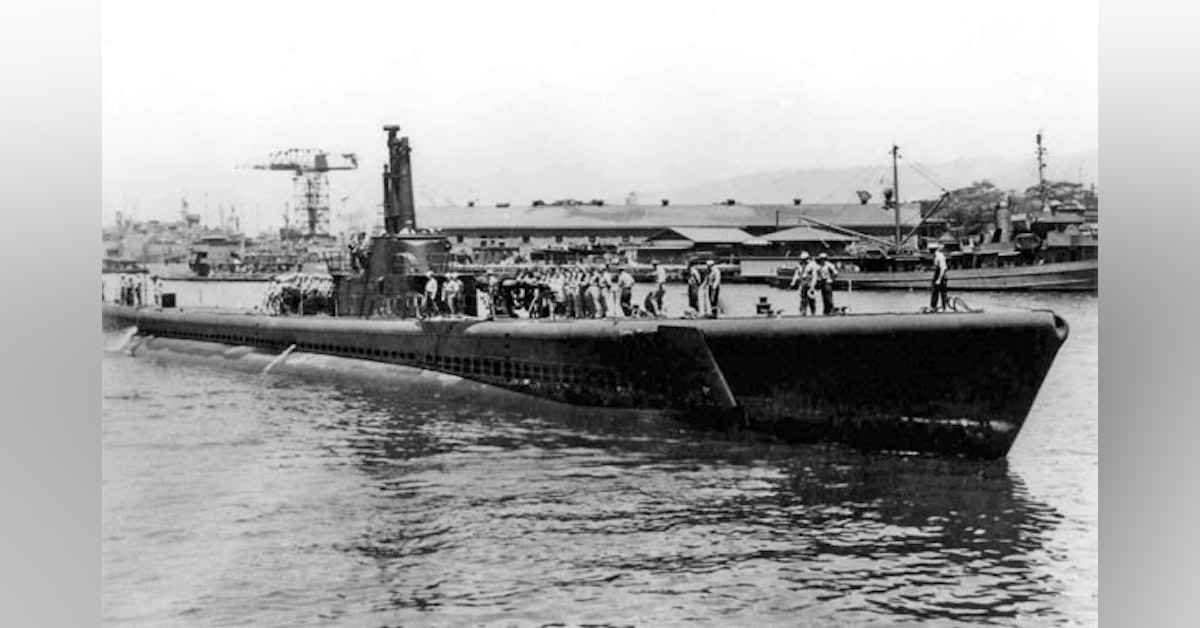 War is not glorious, and shouldn’t be glorified. But war does provide the chance to be brave, and bravery can be glorious. Such was the case of Commander Richard O’Kane and the crew of the USS Tang. In 1944 the American submarine was on its fifth and most dangerous patrol yet, in the vital shipping lane of the Formosa (Taiwan) Strait. After their final torpedo was fired and the men already talking of home, a freak accident would leave the crew fighting for their lives, some on the surface and others trapped underwater.

NOTE: This was also the first time in history submariners were able to escape a sub without help from the surface, using a "Momsen lung."

Below: Graphic depicts the submarine following being hit by its own torpedo. Via Amusing Planet 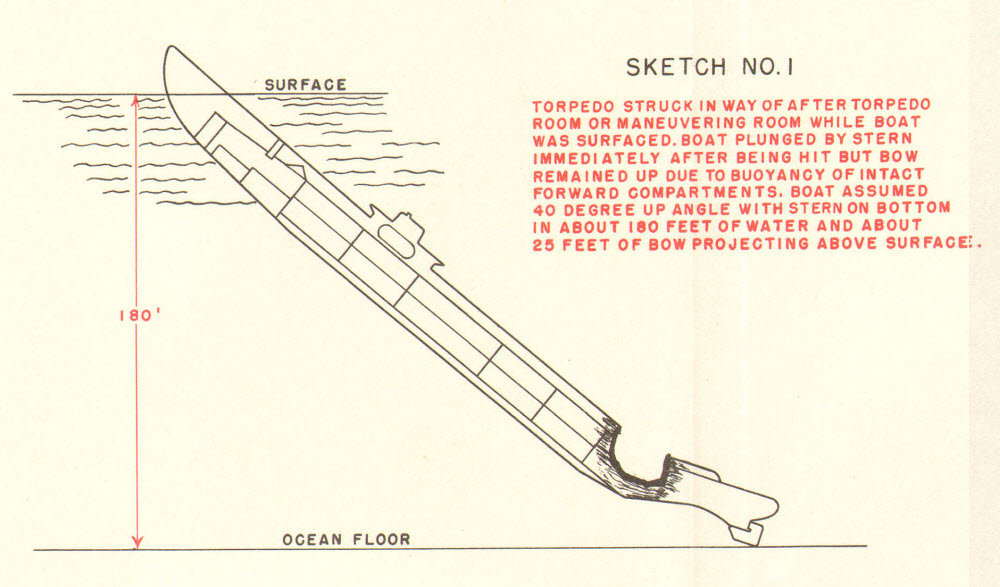 Below: The U.S. Navy submarine USS Tang (SS-306) takes aboard aircrewmen of downed aircraft and of a USS North Carolina (BB-55) OS2U floatplane that had landed to rescue them, off Truk Atoll (now known as Chuuk Lagoon) on 1 May 1944. Tang was serving as lifeguard submarine during the 29 April-1 May carrier strikes on Truk. Pic via Wikimedia Commons. 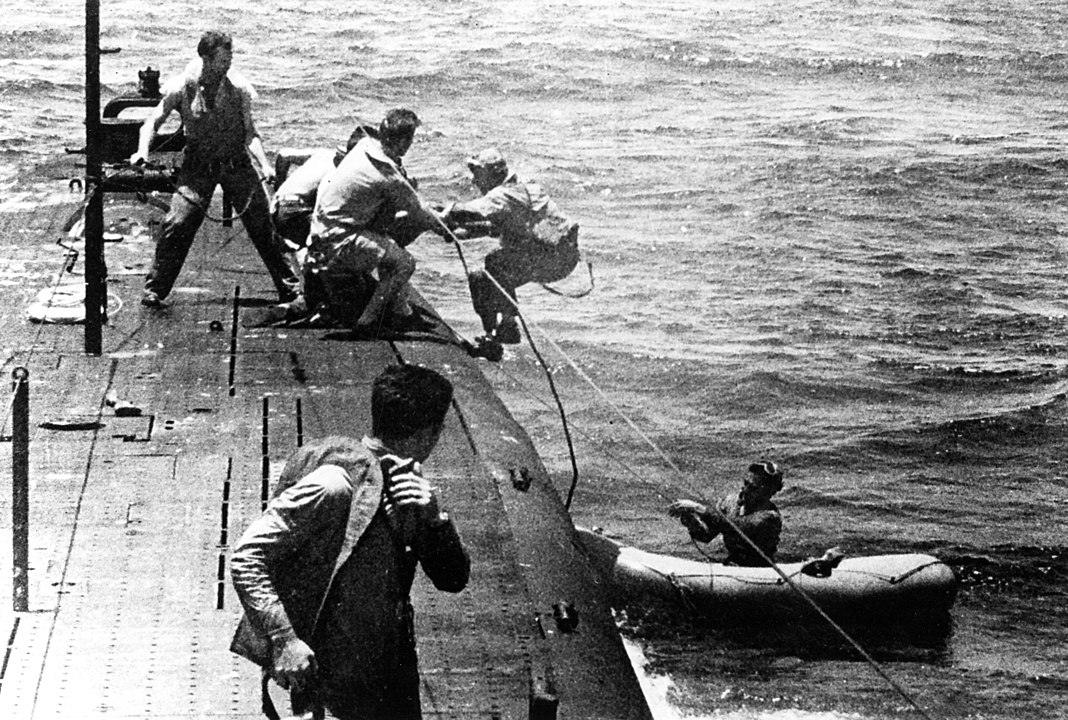 Below: Images of the Momsen lung device...which has so far only been used once to save submariners from a downed sub without aid from the surface. Pics via Wikimedia Commons. 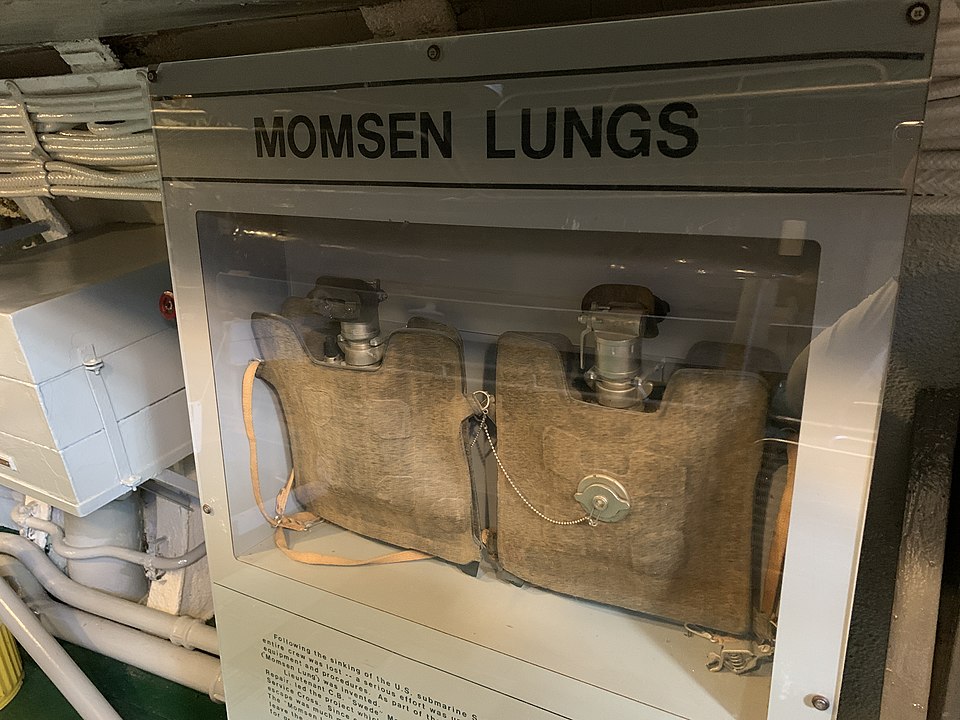 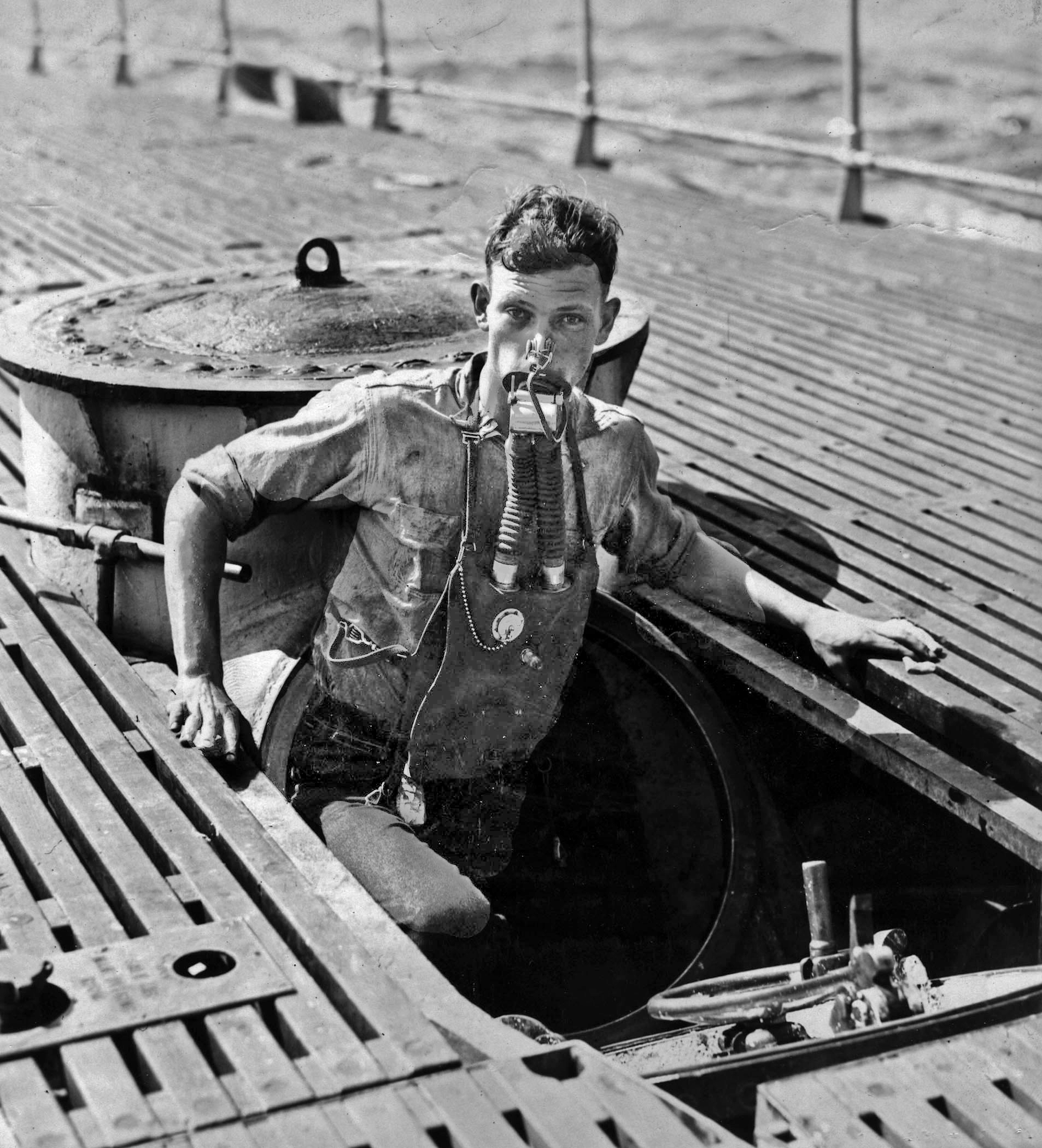 Our episode was just an appetizer from two non-mariners who would both be too chicken/sane to get in a submarine. For a more technically informed and satisfying main meal, here are some book recommendations. The two best supplementary books for our podcast are:

Escape from the Deep: A True Story of Courage and Survival During World War II (2009)  Alex Kershaw (This book concentrates on the USS Tang’s last patrol in the Formosa Strait, including the survivors’ imprisonment in Japan)

The War Below: The Story of Three Submarines That Battled Japan (2014) James Scott

The Bravest Man: Richard O'Kane and the Amazing Submarine Adventures of the USS Tang (2009)  William Touhy